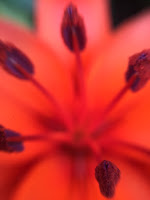 Earth laughs in flowers is an oft quoted phrase plucked from a line of the poem Hamatreya by Ralph Waldo Emerson.

Removed from the context of the poem, the phrase evokes a magnificently poetic personification of Earth's flora.

Within the context of the poem, earth laughs in flowers assumes a different meaning.

Emerson chides the long-deceased settlers of Concord for their braggadocio and for having a sense of ownership over the flora and fauna.


Where are these men? Asleep beneath their grounds:
And strangers, fond as they, their furrows plough.
Earth laughs in flowers, to see her boastful boys
Earth-proud, proud of the earth which is not theirs;
Who steer the plough, but cannot steer their feet
Clear of the grave. 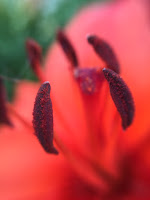 He mocks the boastful boys with the image of flowers laughing at their hubris.

Keenly aware life is fleeting as compared to the longevity of Earth, Emerson asks,


Where are these men?

Emerson foreshadows the Earth-Song poem within this poem. In the Earth-Song part of the poem, Emerson places humankind in the fitting perspective of an Earth that endures and Stars that abide.

"Mine and yours;
Mine, not yours.
Earth endures;
Stars abide—


The personification of Earth's flora is curious particularly upon close inspection of a flower. A flower is, foremost, an intricately specialized reproductive system.


The flower is the poetry of reproduction. It is an example of the eternal seductiveness of life. — Jean Giraudoux


The gendered constituents of a flower, labeled 1-5 (image above), are: