Undersea Exploration in the Mariana Trench

The lowest place on earth is the Mariana Trench located in the western Pacific Ocean, to the east of the Mariana Islands.

Challenger Deep, the name given to the lowest point 35,756 feet below sea level, is located 300 miles south-west of Guam.

If the highest place on earth, Mount Everest, could be placed in the Mariana Trench, the peak of the mountain would be 7,166 feet below sea level.


All deep, earnest thinking is but the intrepid effort of the soul to keep the open independence of her sea, while the wildest winds of heaven and earth conspire to cast her on the treacherous, slavish shore.
~ Herman Melville

Filmmaker and National Geographic explorer-in-residence James Cameron descended 77 miles to Challenger Deep in a specially designed submersible, known as Deepsea Challenger, to record high-resolution 3D video and to collect samples on March 26, 2012. The expedition was chronicled for a 3D feature film.

Cameron spent hours on a desert-like seafloor collecting sediments and small sea creatures via robotic appendages to the submersible and measuring temperature, salinity, and pressure.


Exploration is really the essence of the human spirit.
~ Frank Borman

Samples and measurements from the Mariana Trench will be analyzed by a team of scientists.

The Northern Lights are a spectacle. Knowing the mythology and science of auroras enhances the poetic quality of nature's light show. Understanding something so grand does little to diminish one's awe.


Earth and sky, woods and fields, lakes and rivers, the mountain and the sea, are excellent schoolmasters, and teach some of us more than we can ever learn from books.
~ John Lubbock 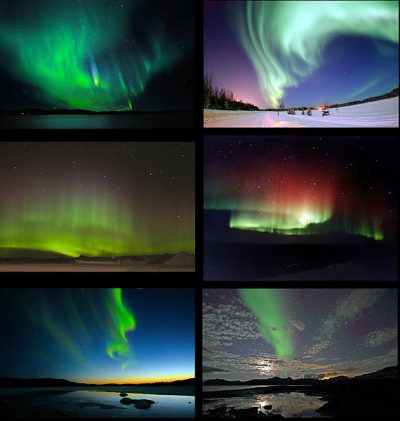 There wasn't a scientific rationalization of the Northern Lights until French geophysicist Jean-Jacques d'Ortous de Mairan linked auroras to solar activity in 1774.

An aurora is a display of light in the sky prevalent in the high latitudes. The light emanates from the collision of energetic charged particles with atoms in the high altitude atmosphere. The charged particles originate in the magnetosphere and from solar wind. The Earth's magnetic field draws the particles into the atmosphere. During a geomagnetic storm, the visible auroral zone expands into lower latitudes.

NASA Crew Earth Observations uploaded the following video sequence of an aurora over the Great Lakes and Canada. The video was made by the crew of Expedition 30 on board the International Space Station. The video sequence was made on January 25, 2012 from 09:27:08 to 09:32:16 GMT, as the Space Station passed from northwestern Wisconsin to southeastern Quebec, near the Gulf of St. Lawrence.
Posted by Bob MacNeal at 3/24/2012 11:42:00 AM

Seafloor features affect how tsunami waves build in intensity as they approach a coastline. Scientists have hypothesized that seafloor mountains and chasms also affects the strength and height of the moving ocean wave fronts.

NASA JPL scientists and researchers from the Ohio State University used satellite altimeter data that had recorded sea levels changes to within an accuracy of a few centimeters following the 2011 Tōhoku earthquake to confirm this hypothesis.

Data from Jason-1, Jason-2, and Envisat satellites that passed over the wave fronts caused by the the 2011 Tōhoku earthquake confirmed that islands, ocean floor chasms, and submerged mountains play a role in deflecting or amplifying tsunami waves even at distances of thousands of miles from the source of the disturbance.

Sea level changes from the satellite data following the Tōhoku tsunami were verified with results from GPS sensors and buoy data recorded by NOAA's DART program.

The simulation above, created from the 2011 satellite data, shows refraction, bending, and merging of waves as they propagate thousands of miles. 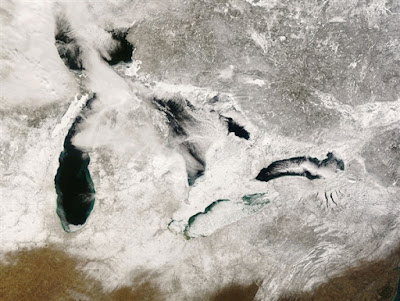