Massive icebergs are given names. Lesser icebergs remain nameless. B-15 is the largest recorded iceberg.

Naming is curious and profoundly human.

Icebergs are named when they exceed an arbitrary length threshold.

If an iceberg has one side at least 12 miles long, it is named and tracked by the U.S. National Ice Center.

The side-length naming threshold has the unintended consequence of leaving massive, roundish-shaped icebergs unnamed. An unnamed 64 square mile iceberg was spotted three weeks ago adrift in the South Atlantic Ocean.

Why does William Shakespeare's character Juliet ask Romeo what's in a name?
She asks what's in a name because the star-cross'd lovers are burdened with names from two warring families. Juliet laments a person's name is an artificial — and in their case, an irrelevant — convention.

Why do humans name things?

Naming is conventional and arbitrary. Naming objectifies. Naming gives us the illusion of control and the illusion of mastery over — or separateness from — the natural world.

Yet what would we do without naming? The negative aspects of objectifying things also grease the skids for interpersonal communication. Naming gives us a hand-hold on the abstract, the complex, and the poetic.

Naming gives us a handle to things. A personified handle is expressed in this passage from Anne of Green Gables:
Names have a historical narrative rarely considered. Some names are compounded from others, like iceberg. 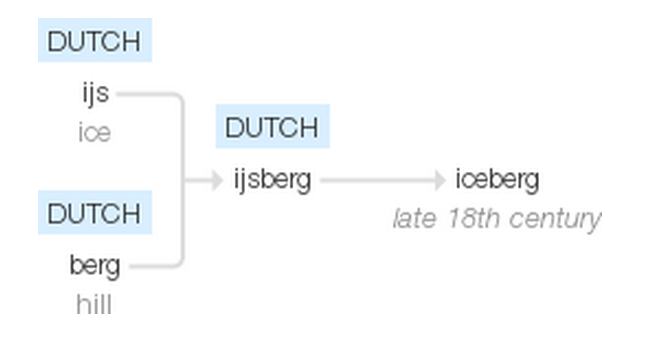 Names move in and out of favor. Iceberg floated into existence.