The biosphere covering Earth remains a deep mystery. Where did life originate?


Earth might well have coalesced from cosmic dust and gas. Billions of years later, a thin raft surrounding Earth teems with co-dependent organisms.


The question of the origin of life is essentially speculative. We have to construct, by straightforward thinking on the basis of very few factual observations, a plausible and self-consistent picture of a process which must have occurred before any of the forms which are known to us in the fossil record could have existed.
— John Desmond Bernal

Where did the ingredients for the simplest unicellular life forms come from? Life's ingredients might have come from comets.


Early Earth was not very hospitable when it came to jump-starting life. In fact, new research shows that life on Earth may have come from out of this world.
― Astrobiology Magazine

Comets are vestiges from the formation of our solar system some 4.5 billion years ago. Comets that move into range of space travel, arrive well-preserved from the freeze locker of the outer solar system.

As it travels near the Sun and Earth, a disintegrating comet represents a treasure-trove of hard data about conditions present during the early stages of the solar system.

The composition of comets interests us because scientists posit that life-building organic compounds might have come from icy comets that collided with Earth millions of years ago.

Organic compounds form the basis of proteins and nucleobases (the building blocks of DNA and RNA). Oceans might have been formed from icy comets and asteroids crashing into Earth.

The first comet landing of a robotic spacecraft touched down on Comet 67P on November 12, 2014. Until then, our knowledge of comets came from a handful of flyby space missions

The robotic lander Philae bounced to rest on Comet 67P more than 10 years after being launched from Earth by the European Space Agency.

The Philae landing was a historical touchdown on a comet nucleus.

Philae transmitted in-situ data that will enable scientists to determine the composition of the comet's surface material.

Comets were once believed to be harbingers of human destruction by anthropomorphic gods. Our understanding of our habitat and origin accrues through scientific discovery. 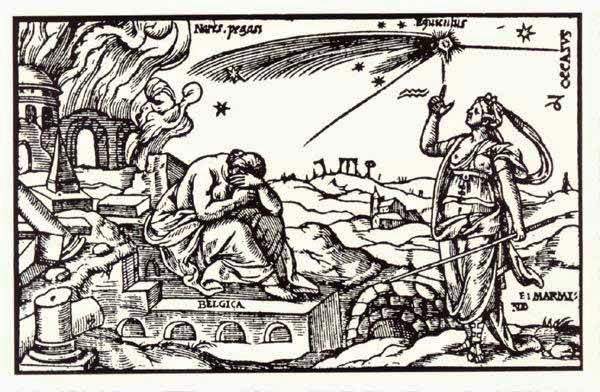 Scientific discovery yields physical explanations to mysterious and once feared phenomena. Our appreciation of the far-fetched phenomena of life grows with every scientific revelation.


Our quest to solve the existential puzzle continues.

The origin of life is a complex narrative of improbable events. The lineage of events stretch back perhaps 13.8 billion years to the Big Bang or beyond.