The earth presents its inhabitants with seemingly endless enrichment and, when we are most lucky, fleeting opportunity for enlightenment. In River Run Dance, I wondered about the metaphysics of water molecules flowing in a river.


Would we need to trace a water molecule to know that water flowing through a river is never the same water?

I have the same wonder about mountains. What is the beginning of a mountain? Do mountains have a beginning and an end? Yes and no.

Orogeny and erosion are a mountain's yin and yang. Orogeny encompasses the events leading to the deformation of the Earth's crust because of the engagement of tectonic plates.

From plate collision, a mountain begins. 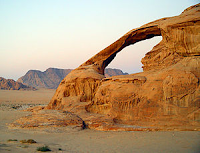 Erosion refers to soil and rock that is transported by wind or water flow to other locations.

From transporting winds and water flow, a mountain ends.

Does it matter if a mountain has a beginning and an end?

Perhaps we only need revel in the endlessness and the continuity we experience.

from Mountains and Rivers Without End

Gary Snyder refers to his the poems in Mountains and Rivers Without End as a sūtra - a collection of words woven to embody a general truth. The literal meaning of the sūtra is a thread or a line that holds things together. The word sūtra is similar in derivation to the medical term suture.

Mr. Snyder's Mountains and Rivers Without End was inspired by a 17th century ink on paper handscroll of the same name.